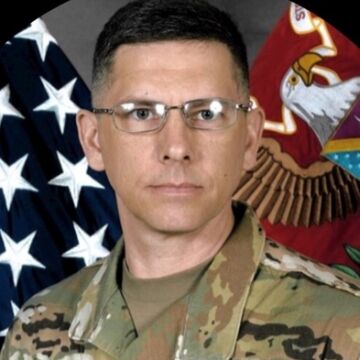 COL Robert B. Hensley received his commission through George Mason University ROTC as a Field Artillery Officer on 26 May 1995. His Company Grade Assignments include Fire Support Officer with 1st Battalion, 15th Field Artillery (2ID) in the Republic of Korea; Platoon Leader, Battalion S3, and the Alpha Battery Commander with 2nd Battalion, 2nd Field Artillery; and was assigned to the 1st Battalion, 41st First Artillery (3ID), where he served as an Assistant Battalion S3, Service Battery Commander, where he participated in a rotation to Kosovo (KFOR3A), and as the Task Force Fire Support Officer for 3rd Battalion, 69th Armor Regiment during the 2003 invasion of Iraq.

COL Hensley was then assigned to the Field Artillery Branch as an Assignments Officer. Following CGSC, served as the III Corps Fire Support Planner during Operation Iraqi Freedom (OIF) 06-08. He was then assigned to 1st Brigade, 1st Cavalry Division in April 2008 and served as the Brigade Fire Support Officer and later the 1st Battalion, 82nd Field Artillery (1CD) Battalion Executive Officer during OIF 09-10. Upon redeployment, he assumed duties as the 1st Brigade Executive Officer and then the 1st Brigade Rear Detachment Commander for the final rotation of OIF and Operation New Dawn. COL Hensley commanded 2nd Battalion, 82nd Field Artillery (1CD) from May 2012 to May 2014. Following command, he was assigned to the Soldier For Life Program as the Central Region Director, attended the first Cyber Strategy focused War College at the National Defense University, and served as the USFK Deputy ACoS J5 in Yongsan, Korea. COL Hensley commanded the 3rd Battlefield Coordination Detachment in the Republic of Korea from 2016- 2018. Following command, served as the Director of the Army’s Multi-Domain Targeting Center at the Fires Center of Excellence. He is currently assigned as the Chief of Staff of DAMO Fires/Joint Counter sUAS Office (JCO) in HQDA G3/5/7 on the Army Staff.

COL Hensley graduated from George Mason University in 1995 with a Bachelor’s Degree in Mathematics. He is a graduate of the Field Artillery Officer Basic (1995) and Advanced Courses (1999), the Combined Arms and Services Staff School (1999), the United States Marine Corps Command and General Staff College (2006), National Defense University (2016), and Airborne School (1993). He earned a Master’s Degree in Military Studies from the United States Marine Corps University (2006) and a Master’s Degree in Government Information Leadership with a concentration in Cyber Strategy from the National Defense University (2016).

COL Hensley is married to the former Jennifer L. McDermott. They have two sons, Joshua (22) and Elijah (20), and one daughter, Savannah Grace (18).